skip to main | skip to sidebar

So – why did we go to the Bird’s Nest camp at all? How does it fit in with the rest of the project?  The idea of targeting these tent rings rather than any number of others that we know about, is their proximity to a theoretical quarry, and because we have never previously targeted a tent encampment associated with activities other than forward defence, or in association with the railway. In overall context, this is only the second site that we have examined away from a structure. The tent encampment here was located to the west of the modern Hijaz railway line on flat, open ground. The site is composed of 27 tent rings in two distinct rows, with a separate tent ring located to the south west. The rings vary in size from approximately 450 - 530 cm in diameter and, unlike previous sites excavated by the team these appeared to be more fully constructed, showing in places two courses of layered angular stones. Entrances could be observed in a number of tent rings, but not all. Interestingly, three of them were out of pattern with the remaining rings, which might suggest different use. 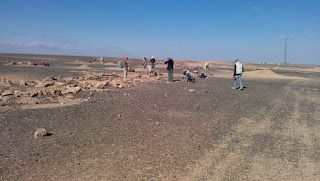 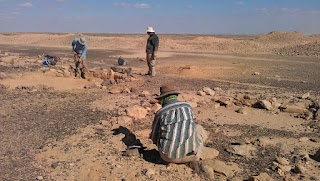 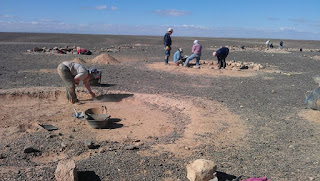 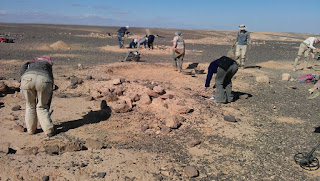 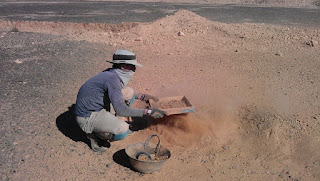 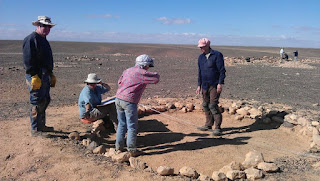 Over the two days, the investigation of the rings involved hand excavation in groups of three, the teams often comprising returning, experienced diggers and new members. Hand sieving of the removed fill revealed a mixture of finds including a spoon with star and crescent symbols and Arabic script, Ottoman buttons and buckles, cement bag tags, and surprisingly, a Roman coin. 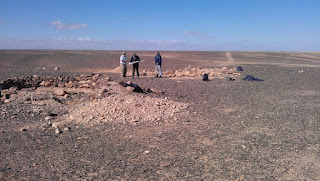 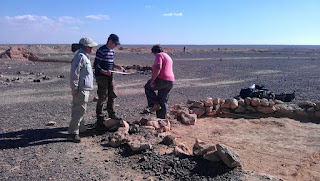 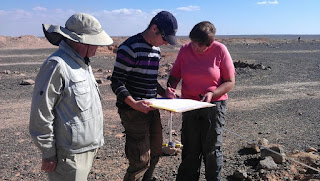 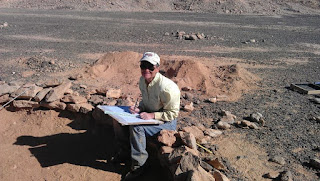 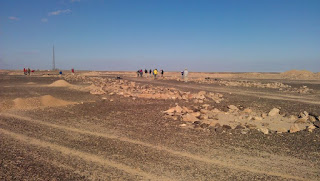 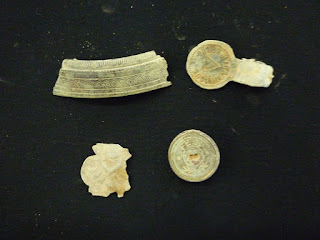 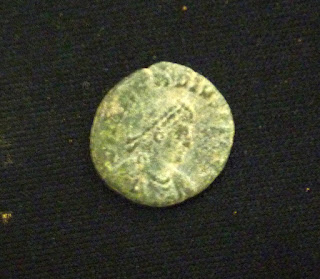 Following the excavation and the reporting, a full planned record of each excavated ring was completed by the team which undertook the excavation. This involved the careful measurement and scale detailed drawing of the individual stones forming the ring. The completion of the recording was achieved by a full photographic survey of each ring, and the site, and a metal detecting survey of the rings and the spoil heaps.
The excavation here successfully established an Ottoman presence through the collection of finds solely attributable to the period of and around the Great Arab Revolt. No direct link was established between the camp and the quarry, although the sturdy construction of the rings may suggest a correlation.
The excavation and recording here adds another fascinating piece of the enfolding jigsaw of investigated sites related to the activities associated with our study of the Great Arab Revolt, providing ever more clues towards better understanding of this conflict.
Posted by Roger Ward at 08:52